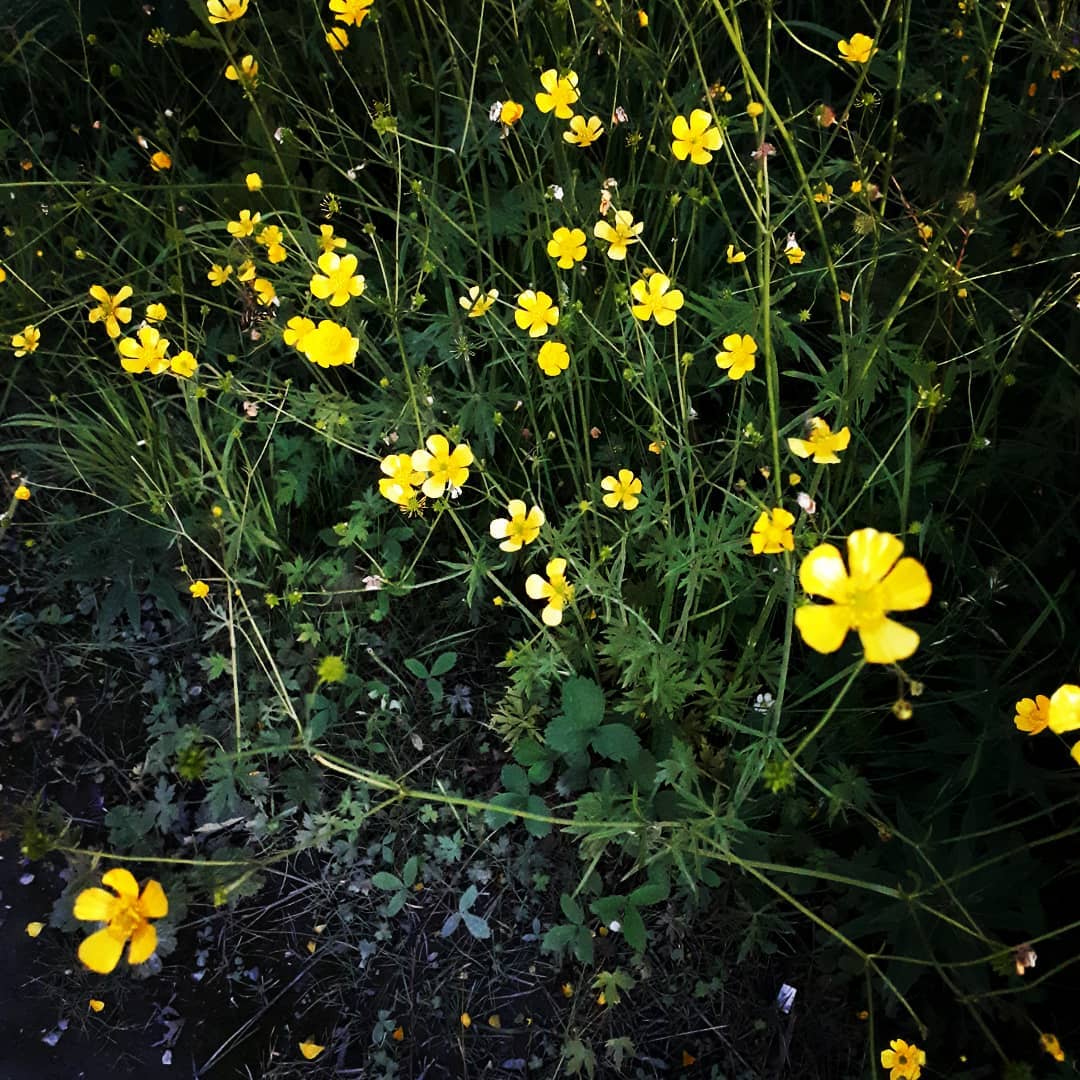 A Day Of Rest // We will be skipping our Sunday Live today because we have discovered first hand that humans are easily taken down by other organisms. In our case, the wasps under our front step are Deeply Concerned that we are encroaching on their giant hidden nest and have fought back as expected. I would not have expected a couple of stings to fell me so effectively but here I am, 15 hours later and my leg is still spasming and I'm so very nauseous. I had even scrubbed out the wounds after the stings as the old wives advised. Jason's thigh and back are finally calm from his bout with the wasps earlier in the week. We had no idea that our new housemates were so venomous. Antihistamines and ice are in rotation as we marvel at our next move since chemical warfare is failing us, and burning down the house seems a bit extreme (although flamethrowers have been discussed) Do we just wish for snow?🦂The buttercups in the picture are a more beautiful form of poison. We saw them often during our mountain hikes this summer and I was surprised that my identification guide has warnings for every variety of buttercup: POISON. At least these, we could live with in our garden….[Image description: a large number of tiny yellow five petaled flowers with green foliage, growing wild. They are pretty and nothing about them reveals their deadly nature.]..#wasps #buttercup #waspwarfare